In an instant, church leaders saw half the fruit they believed to be ripening fall away.

It’s as if the harvesters came through and found only a small fraction of the fruit each tree was expected to bear. Upon closer inspection they realized that what was lost was diseased and what remained was in danger of becoming too damaged to grow or nourish anyone. In its current condition, the majority of the fruit that remained would be unable to reproduce.

What happened is not a result of the gardener not trying or caring. Pastors and church leaders care deeply and put in long hours for those in the church. And it’s that type of loving commitment that makes the results all the more frustrating.

Church leaders who have seen so many fall away are deeply discouraged, exhausted, and questioning their call. Most want to quit. This in-between season hasn’t been easy, but perhaps it’s bringing clarity to mistakes of the past and ushering in needed change.

What mistakes? Typically, churches make four mistakes when trying to make disciples who make disciples. These mistakes prevent healthy disciples from growing and contribute to a culture that inhibits Jesus-style disciplemaking.

Mistake #1: Discipling to Help the Organization First Instead of the Individual First

Many pastors start disciplemaking efforts because they are trying to solve an organizational problem. They see a need for small group leaders and Sunday volunteers. When churches grow these needs get greater and greater. They need more leaders and fast. For many, discipleship looks like the solution that will scale as quickly as their church is growing. Unfortunately for them, disciplemaking tends to resist systematic approaches and high control settings.

Jesus focused on people, not organizations. When He looked out at the crowds He wept because they were harassed and helpless (Matthew 9:36-38). He shed tears because he cared for individuals before institutions. He was burdened by the need, but instead of finding programs, He searched for pray-ers. He asked His disciples to pray for workers to meet the need, then continued training them to be those workers. His approach was individual and slow. He prepared them to go out, they went, then they came back to report and to be trained further. Their needs and their development were more important than meeting the needs of the masses.

Initially, it left the need unmet. His way would eventually allow the average person to be helped and then pass on to others. His target was their becoming and flourishing, not just knowing.

Not all programs are unhelpful, but most churches carry out their discipleship plans programmatically. It’s a twelve-month micro-group, bound by a covenant to lead one after you’ve experienced one, and driven by content-heavy curriculum. They produce some results, but not the kind that reproduces over the long term. After a few generations, these non-relational groups (and the momentum they’ve generated) fall in on themselves; the result of building without a foundation.

Jesus-style disciplemaking is primarily relational. At the risk of being obvious, relationships are relational. Relationships are more important than curriculum. When relationships lead, then discipleship feels relational. Learning is secondary to obeying. Much like Jesus’ invitation to the twelve, they come together to “be with,” but are sent out to make a difference in the uniqueness of their lives.

When scale and efficiency are paramount then individual design is de-emphasized. The curriculum is the plan for everyone regardless of age, ethnicity, spiritual maturity, or gifting. This one-size-fits-all approach to disciplemaking is dehumanizing. And it doesn’t work. Instead of developing disciples en masse, these disciplemaking systems make some disciples while alienating and injuring others.

Of all places the church should value individual gifting and design. The church is the body of Christ. We serve different functions towards the same goal (making disciples). A person who is gifted as a teacher will make (reach) different disciples than someone gifted as in hospitality or mercy. The various spiritual gifts shold be used in unique ways towards the same end. Yet discipleship curriculum is unable to train individuals sufficiently, precisely because curriculum is written to a common denominator.

When disciple making focuses on content rather than character then presence becomes optional. The internet will never be a sufficient substitute for presence. Yet, there are many churches and disciple making organizations who believe that an online course, master class, or zoom cohort will make a disciple maker. There’s certainly a way to leverage technology in disciple making, but it should never be seen as a replacement for presence.

God sent Jesus to be with us.

That was important to Him. He didn’t wait until we’d developed the internet to send a sermon, book, video series, or other non-incarnational means to deliver the Good News. He sent Jesus as a human because relationship is important to Him, and so is presence.

Life on life ministry allows a disciple maker to observe what the disciple is unwilling or unable to communicate. “Blind spot“ character issues can be seen when time is spent together. Virtual disciplemaking can never provide such depth.

Disciplemaking that makes disciplemakers long-term starts small and goes slowly. That’s hard for pastors and other church leaders to hear.

Churches have been making these disciplemaking mistakes for decades. And many still are! It’s understandable because that’s the way consumerism has taught us. Unfortunately it doesn’t work with disciplemaking. Yet, the pandemic is showing these consumeristic approaches for what they are, inadequate alternatives to the real thing. 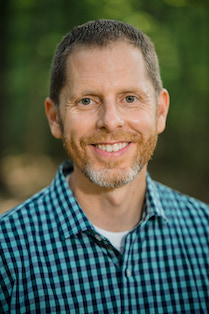 Justin Gravitt is Dayton (Ohio) Area Director for Navigator Church Ministries. Check out his blog, One Disciple to Another, where this post first appeared. Also, don't miss his podcast, The Practitioners' Podcast.
All Posts
PrevPreviousA New Source for Disciplemaking Help
Next5 Steps to Building a Disciplemaking CultureNext 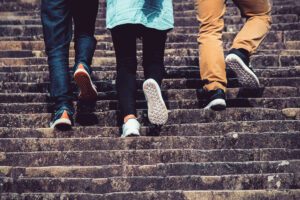