Advancing the Gospel in a Time of Crisis

On July 2, 1863, Colonel Joshua Lawrence Chamberlain faced what for him was an unprecedented challenge. Chamberlain hadn’t planned on a military career; he was comfortable with the life of a college professor in his native Maine. But compelled by conscience, he joined the Union Army to fight in the Civil War. Before long, his superior officer was promoted to a higher rank, and Chamberlain found himself in command of his Maine regiment. And so, on this fateful day, on a hill called Little Round Top, we pick up the story of Chamberlain and his men.

Little Round Top, outside of Gettysburg, Pennsylvania, witnessed a decisive engagement—one that impacted the battle at Gettysburg and most likely the outcome of the entire Civil War. It was there that Colonel Chamberlain and his Maine Regiment were tasked with holding the end of a defensive line against the attack of the Southern forces. As the assault ensued, Chamberlain’s men found themselves out of ammunition and about to fail in their mission. But then Chamberlain gave the astoundingly unexpected order to fix bayonets and charge down the hill—no longer holding the line but swinging the line into the face of the enemy. This move took their opponents by surprise and snatched victory from the jaws of defeat.

Could this event from our nation’s history have a lesson for the church today? Chamberlain faced a crisis that he had not sought out, but that nevertheless had come to him. For us, the COVID-19 crisis has brought disruption that none of our churches would have sought. Certainly it would be a normal reaction to take a defensive posture and conserve our hard-fought gains in creating cultures of disciplemaking. But considering the story of Little Round Top begs the question: Is this the time to hold the line, or a time to stage an advance?

In the letter to the Philippians, the Apostle Paul faces a similar scenario. Near the beginning of his letter he writes, “Now I want you to know, brothers and sisters, that what has happened to me has actually served to advance the gospel” (Philippians 1:12 NIV). We see a phrase here that needs historical context and two words that would benefit from greater definition.

First the phrase: Paul refers to “what has happened to me.” At times Paul was not shy to detail the sacrifices he had made for Christ and His Kingdom. (See for instance 2 Corinthians 4:8-10 and 11:23-27.) In this case, Paul rather offhandedly refers to his plight. He was in prison, a position he occupied rather often. Acts records three instances where Paul was imprisoned, and 2 Corinthians 11:23 implies that there were probably more. The point, however, is that from Paul’s perspective these difficulties didn’t slow him down; rather, they served to advance the gospel.

So now for the definition of those two words: advance and gospel. An adequate definition of the term gospel would require more space than we have here, but in short, the gospel refers to the message of encouragement from God regarding the new thing that He is doing in and through Jesus. Advance is a military term (think of Chamberlain and the Maine regiment at Little Round Top) that refers to the taking of territory that was previously not in our possession.

So how, in Paul’s case, did this happen? Something in Paul’s character as he endured prison witnessed to those around him that he was not there as a criminal; he was there because of his allegiance to Christ (Philippians 1:13). As a result, his fellow believers in Christ became more confident to proclaim the gospel. In this way, the influence of Paul’s message multiplied beyond what he would have been able to do in and of himself. Thus the gospel advanced.

For many of us, this is the picture that comes to mind when we think of evangelism. But this advancing is only the beginning. Later in Philippians 1, Paul uses the Greek word (prokope) translated “advance” in verse 12 to paint another picture. In verse 25, prokope is translated “progress” as Paul refers to “their progress and joy in the faith,” building on an earlier statement in which Paul expresses his confidence “that He who began a good work in you will carry it on to completion until the day of Christ Jesus” (verse 6).

The advance of the gospel then, not only moves out in breadth, touching more and more lives, but also in depth, as it penetrates more deeply into the lives of those it reaches. This is what we would commonly call discipleship.

This pandemic has definitely impacted our world in ways that are unprecedented in our lifetime. But the church has faced similar situations before. We might feel like we’re in prison as we experience a social-distancing lockdown. However, our brother Paul experienced actual prison not just once but multiple times.

Without discounting the reality of the difficulties you face, as your church continues to pursue a culture of disciplemaking, how might you and your people progress in your faith so that you trust God for the advance of the gospel? 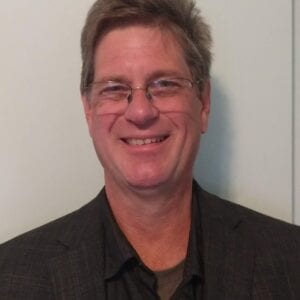 Steve Tice serves as the Northeast Regional Director for Navigators Church Ministries (NCM). In addition to his work with NCM, he has served many churches in music ministry and owns The Malverne School of Music on the south shore of Long Island. Steve's passion is to help churches understand the relationship between worship and discipleship. He and his wife, Audrey, have two married sons, Jeremy and Jonathan, and four grandchildren.
All Posts
PrevPreviousLet’s Go on a Treasure Hunt: Building a Disciplemaking Culture
NextWhat Is the CORE Mission of the Church?Next 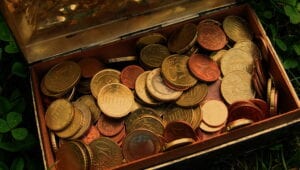 Let’s Go on a Treasure Hunt: Building a Disciplemaking Culture

Establishing a strong culture of disciplemaking requires some digging in 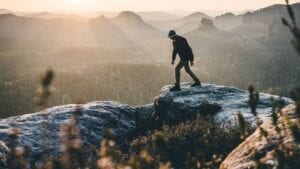 Chris’ observation summed up months of frustration for me. “We 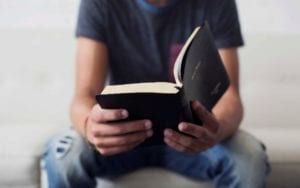 “Next Steps” for New Believers

When people meet Jesus Christ in your church, is there