Nate first came into our lives when he bought an old laptop computer from my wife, Patti, through Craig’s List. Recently married, Nate had just moved from Colorado to Traverse City. Though our interaction was brief, our hearts were mutually prompted to pray for Nate that day: specifically, that if he did not yet know Jesus, he would come to know Him.

“A pervasive feeling that something wasn’t quite right saturated my daily attitude—a feeling that had been with me as far back as my teenage years. To quiet this inner voice that kept asking for change, I developed a hefty alcohol problem. This lifestyle landed me in AA (Alcoholics Anonymous).

“At my first meeting, I was introduced to the Twelve Steps. Step 1 is to admit you have a problem with alcohol. For me, that was easy!  But at Step 2, I got stuck: “Come to believe that a Power greater than you could restore you to sanity.” I always thought of God as something or someone you cannot know . . . so why bother? Though I recognized my situation as desperate, I still refused to accept His existence. So I left AA.

“A few weeks later, in the basement of my home, I began to sob quietly. I thought to myself, Is this IT? Is this all I have to offer the world—to be an alcoholic? I got on my knees and prayed, honestly asking God for help. Months passed. I decided to connect with an old friend who, to my surprise, had become a pastor! I began to listen to his sermons, one after another. Soon I began talking to God—writing down questions and receiving answers almost immediately. This was surreal! The answers that came were so clear and just too numerous to ignore.

“One day, all my resistance broke down. Right at my computer, I prayed. I believed! I believed all of it! In a moment of time, 37 years of fighting against the idea of God changed to a complete acceptance of Him. The Holy Spirit immediately began to work, guiding me to a local church with Christian community that would confirm what I had now come to believe: that Jesus Christ died for my sins and has now given me the gift of eternal life.”

I met Nate at that church. A couple of weeks after he began to believe, Nate and I began a discipling relationship. The second time we met, he came to my home. As he walked in, he looked around and said, “You know, Lou, I have this sense that I’ve been here before. Did you happen to sell a laptop computer four years ago?” That’s when I recognized him: “Oh my goodness, you’re that same guy!”

Nate has been such a joy to work with: a true disciple with a voracious appetite for God’s Word and a responsive heart to obey it. His witness for Jesus is courageous and contagious! Through the power of the gospel, he has become a radically changed man. This, of course, has led to some significant challenges . . . especially within his marriage.

Nate’s wife, Natalie, was a staunch atheist as well. Imagine her shock when her own husband became (gasp!) “one of them”:  an actual born-again Christian. The initial stress this put on their relationship was immense! But Natalie could not deny the amazing changes taking place in Nate. So, over time, she went from being a hardened skeptic to one of the most genuine “seekers” you would ever hope to meet.

Finally, in October (some 20 months after Nate’s conversion), Natalie too placed her faith in Christ. As she gave her testimony for baptism two months later, our church family celebrated with tears of joy!

Today, both Nate and Natalie are giving a strong and powerful witness to unbelieving family and friends as to the power of the gospel to change lives. You can imagine the pushback they are receiving. We are praying that a genuine spiritual awakening would take place throughout their vast web of relationships. 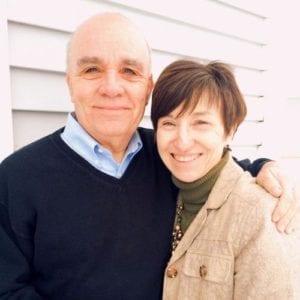 Lou Damiani has been an NCM Representative in the Great Lakes Region since 2012 in the great state of Michigan. He has 23 years of full-time pastoral experience, including 19 as lead pastor in two separate churches. He is passionate to see the local church thrive through disciplemaking intentionality and peacemaking wisdom. Lou and his wife, Patti, have been married for 47 years and have 4 children and 16 grandchildren. For more information, go to their web site: www.anchorpointministry.org.
All Posts
PrevPreviousMentoring vs. Disciplemaking: What’s the Difference?
NextHow a Movement StartsNext 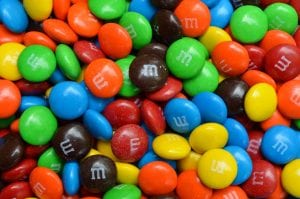 M&M’S in the ZOOM Room: A Model for Heart Change through God’s Word

What’s your favorite M&M’S candy? Young or old, this candy 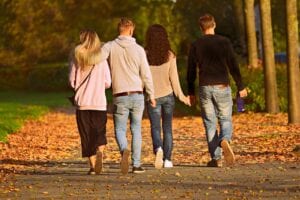 Walk with Me: A Simple Approach to Disciplemaking

Want to learn more about how disciplemaking is an invitation to walking? Don’t miss the webinar, register at http://www.navigatorschurchministries.org/. 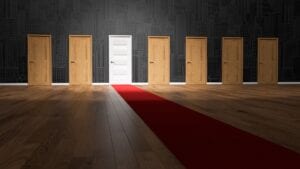 What Should I Do When I Disciple Someone?