Four Steps to a Disciplemaking Culture

Culture has a magnetic power to transform us. It will build into us how we speak, the values we live by, the stories we tell, and what we do.

David Brooks echoes this in his book, The Second Mountain: “Never underestimate the power of the environment you work in to gradually change who you are.”

If we believe this, we have to be the ones creating the culture in our church.

If we work to build a disciplemaking culture, it will change the church, propelling people to live and serve as Jesus did. If we let his desires for our conduct and attitudes transform us, it will flourish throughout the lives of those in the church. It is beautiful to see the collective energy in a congregation grow as they change to become like our Master.

We have spoken often about this. The language, values, and practices of disciplemaking can be infused into a congregation. Here are four ways to build a disciplemaking culture.

Start With the Pastor

A few years ago, I served on the staff of a church as the groups pastor. One weekday, I was in between meetings and bumped into a couple other pastors. One of them was passionately explaining a new idea he had. He believed it would work. As I was attempting to take it all in, the other pastor responded. He said, “You know, if our senior pastor ain’t into it, it ain’t going to happen.” He managed to kill the energy with one sentence.

I was stunned. How could that be? Weren’t we hired to lead? As I considered it further, I said to myself, “We must not be leaders if we cannot start something new.”

A couple years later, after more experience, I too realized that if the pastor does not buy into the idea, it will not get traction.

Every senior pastor can leverage a ministry philosophy throughout the congregation. Their position affords them influence as gatekeepers. Without the senior pastor, a disciplemaking process becomes a sideshow, not the centerpiece.

The “what” and the “how” of discipleship are crucial in building a disciplemaking culture. We desperately need to get everyone on the same page when trying to inspire the whole church to live out the Great Commission. Without the pastor answering those questions at the start, disciplemaking can head off in any direction.

The book of Judges speaks to misalignment: “In those days, there was no king, and everyone did as they saw fit.” Unfortunately, churches do the same things today. Everyone has their own idea about what it is to be a disciple. We need a clear definition of a disciple so that every disciplemaker is running down the same path.

In his book Deep Discipleship, J.T. English highlights our problem: “A Frankenstein philosophy of ministry is the result of a lot of ministry experiments that don’t fit well together and end up being one big monster.”

These experiments make it confusing for the everyday disciple. With clarity on the how and what of discipleship, the congregation can move together in unison.

We must start somewhere in building a disciplemaking culture. Jesus modeled starting small.

In, Mark 3:7-19, huge crowds followed Christ, the kind of crowds most preachers would want. Instead of focusing on the crowds, he chose a few to invest in and equip. Jesus-style discipleship follows his example of going small. Building culture works the same way.

In his book The Foundation of a Disciple Making Culture, Justin Gravitt tells the story of Bonanno Pisano. He was a sculptor who received a commission for a building. Bonanno began his work on the bell tower. Soon after some of the construction was done, he noticed it had a lean. Centuries later the Tower of Pisa still leans.

Over the years, they have tried a lot of strategies to straighten the tower. Finally, in the late 1990s they did the only thing that would work. They dug down into the ground and built a sufficient foundation for the heavy building. Bonanno had only gone down ten feet for his foundation.

Shallow foundations don’t work. Like Jesus, we must build deeply into a few disciples.

Persistence and patience are not popular words. But we forge the path to a strong disciplemaking culture via many twists, turns, defeats, and victories. We reach our goals only by pressing ahead, moving through obstacles.

Even when disciplemaking, like life, frustrates us, the psalmist tells us to sow seeds anyway. Do the right things today, even if it seems insignificant. When we sow, when we continue taking initiative, eventually we will see fruit. Conversely, if we don’t stay at it, if we do not plant a seed, we will not reap.

What does it look like when this culture is present in a congregation?

An emerging disciplemaking culture in a church looks beautiful. And it’s not impossible. It just takes a pastor who believes in the Great Commission, a core team, agreement on the what and how of discipleship, and lots of persistence. Keep sowing!

Dane Allphin serves as the lead of Navigators Church Ministries, which equips pastors and church leaders nationwide to pursue the Great Commission by making disciples. He has been a pastor and served for 19 years with Young Life in Ohio and West Virginia. Dane spent his early years in Mexico, where his dad worked for Union Carbide. He graduated from Miami University and holds a Master of Divinity from Ashland Theological Seminary. Dane and his wife, Helen, have been married for 22 years and have three great daughters. Running, gardening, and following Cleveland sports are among Dane's passions.
All Posts
PrevPreviousCowboy Hats and Disciplemaking Cultures
NextMy Discipleship Journey (So Far)Next 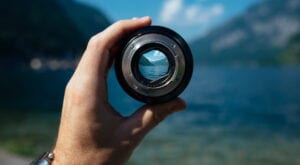 What Is the CORE Mission of the Church?

I was feeling proud of myself. The bathroom remodel was